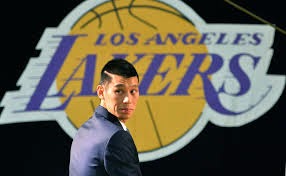 
From Alex Kennedy, who has always been pretty fair with his reporting on Jeremy:

Love these quotes (You guys should know how to interpret these by now):

“I definitely don’t think I’m close to my prime yet,” Lin said with a laugh. “I’m 25 years old and I think because of the way things have happened, people always think I’m older or I’ve been around longer than I really have. I’ve played two full seasons in the NBA – two full seasons and those 25 games in New York. I guess people have been very quick to write me off just because they saw how it started and then they saw what I was like in Houston, but I have to just keep reminding myself it’s a marathon. If, God willing, I can still play another 10 years, I think it’s just the beginning for me.”


“The writing was kind of on the wall,” Lin said of his time in Houston. “For me, I just felt like they were heading in a different direction, which is okay and I totally understand it from a business standpoint. They want to get that third superstar and so I think guys like me, Omer [Asik] and Chandler [Parsons], we knew that they wanted a third superstar, that was no secret, and we knew it would be hard to keep us if they were to do that. I think maybe the thing I was most shocked by is that they didn’t get the third superstar, but they lost what they traded away anyway. I thought for sure they would get a third superstar, I just didn’t know who. I kind of felt like the writing was on the wall for me and that my time in Houston was winding down.”