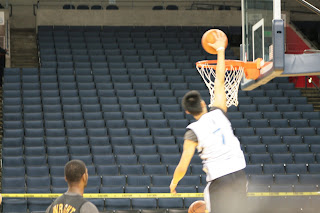 Jeremy Lin is one player away from making the 15 man roster. Initially I thought it was a given, but with JLin not playing much in the first 2 games, I have to admit I'm a bit nervous. Jeff Adrian played great last night and looks like the type big man the Warriors need. Aaron Miles has been decent and you would think that JLin would be able to beat him out. However, JLin has not had the opportunity to show if he can play at this level yet. Let's hope and pray that in the next 6 preseason games, he will be able to show everyone that he belongs.
Warriors Roster
Posted by JLinfan#1 at 10:29 PM